TABLE OF CONTENTS (skip ahead) 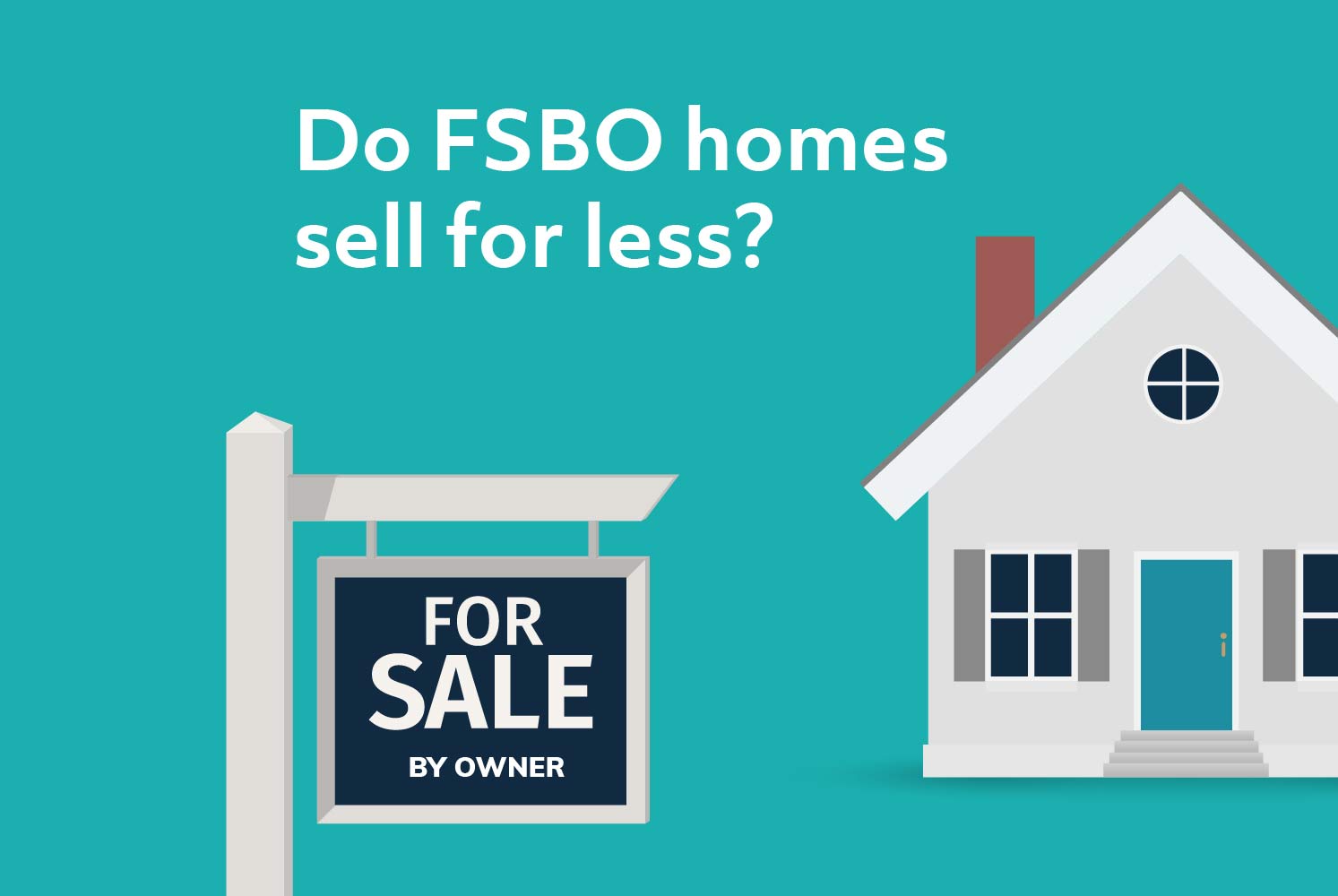 If you’re thinking of selling your home, one of your first decisions is whether to use an agent or to sell it on your own. The big incentive is saving on agent commission fees.

In California, that could easily look like $30-50K or more—that’s no small amount.

It’s not surprising that agents actively dissuade people from going solo. While selling a home “For Sale By Owner” (FSBO) is not without its challenges, there are a few scare tactics agents actively use. Since most of us either know a real estate agent or have a friend who does, you’ve probably heard them before.

One common criticism raises the issue of liability. Yes, it’s essential to use the right FSBO paperwork and complete the necessary disclosures. But if you’re honest and upfront, you’ve got nothing to worry about.

You may have heard another objection that goes like this:

“Sure, you can sell your home on your own, but you’ll get a lot less. When you hire an agent, you’ll get a better price.”

In other words, you’ll save commission, but expect nothing but lowball offers. So at the end of the day, FSBO is a terrible idea.

That’s exactly the message many agents circulate on social media. A quick search of #FSBO on Instagram, for example, will immediately produce memes with inflated and conflicting claims about how much profit agents can yield by comparison. 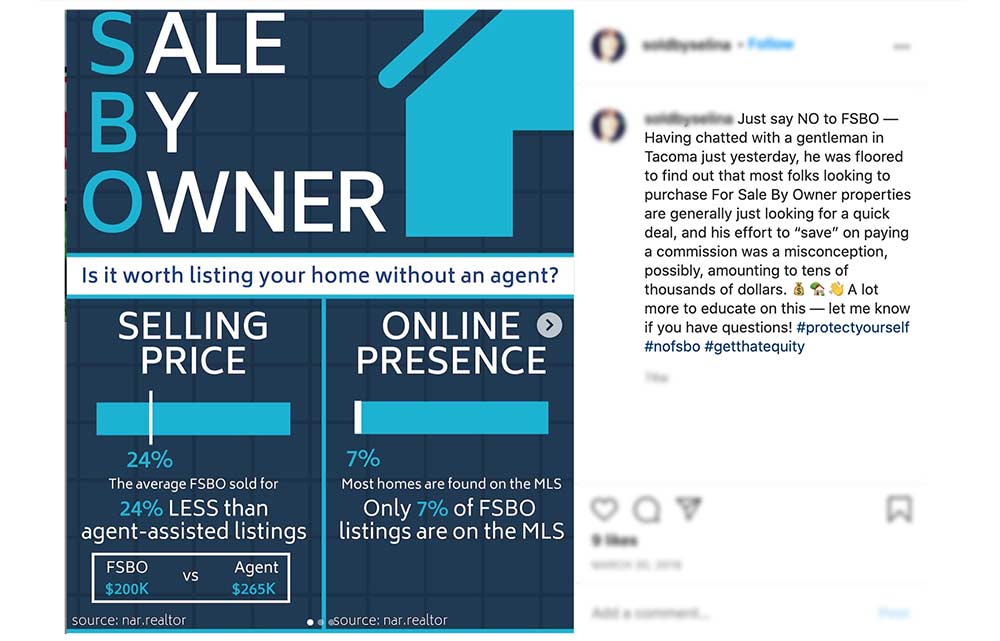 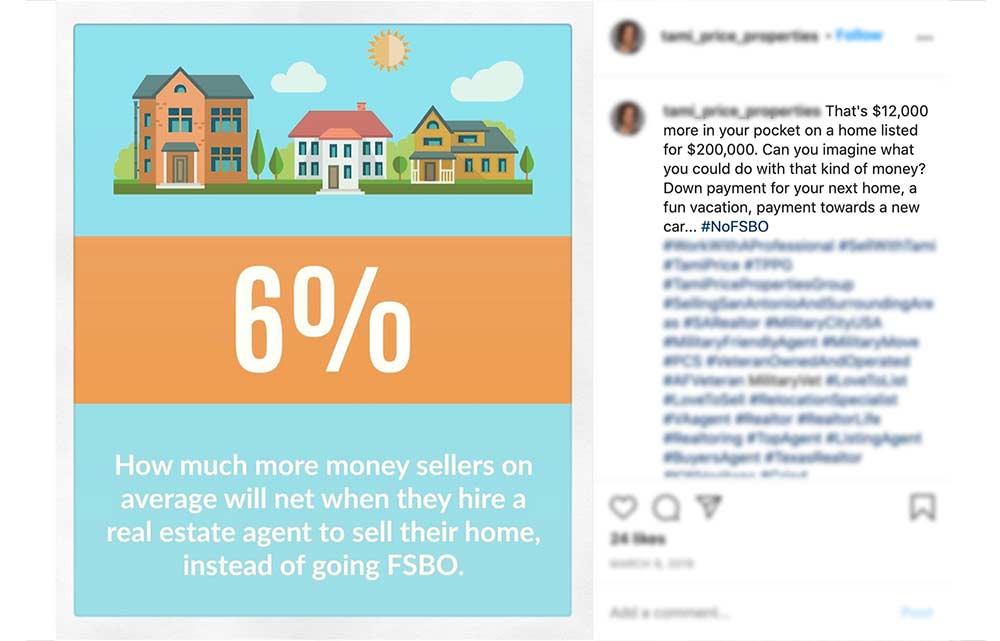 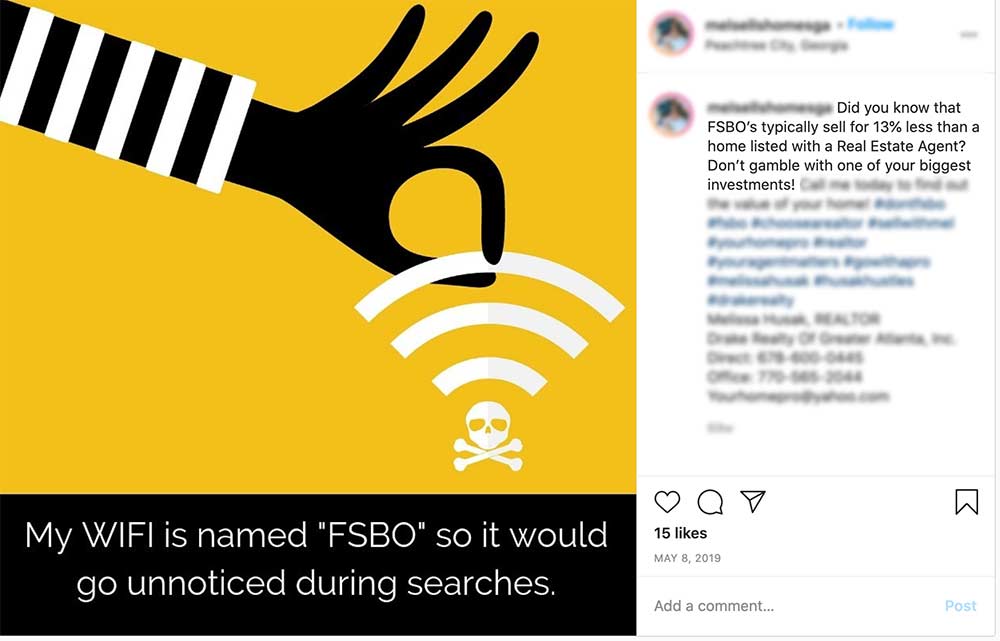 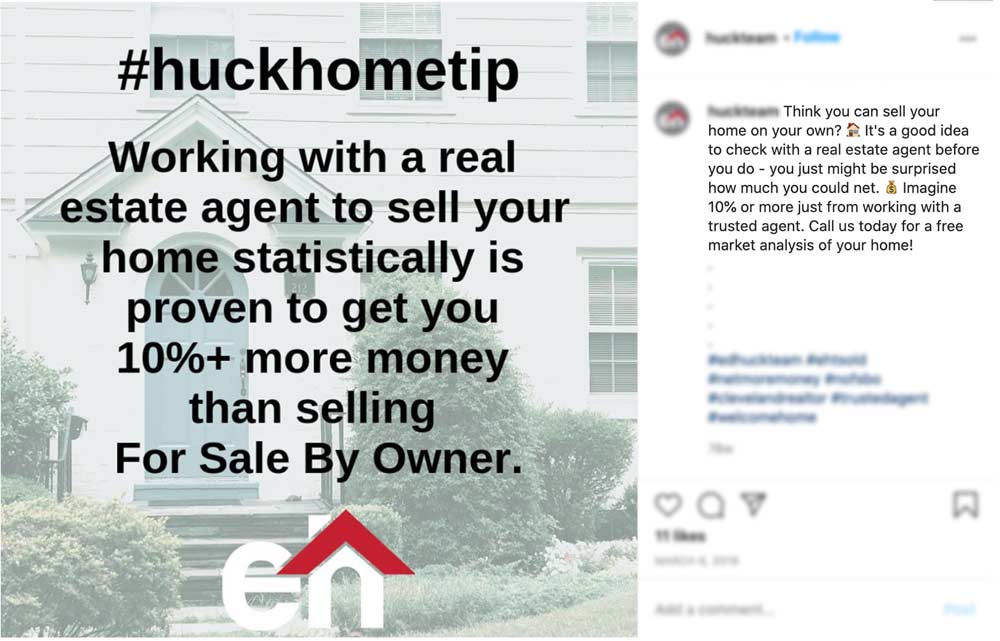 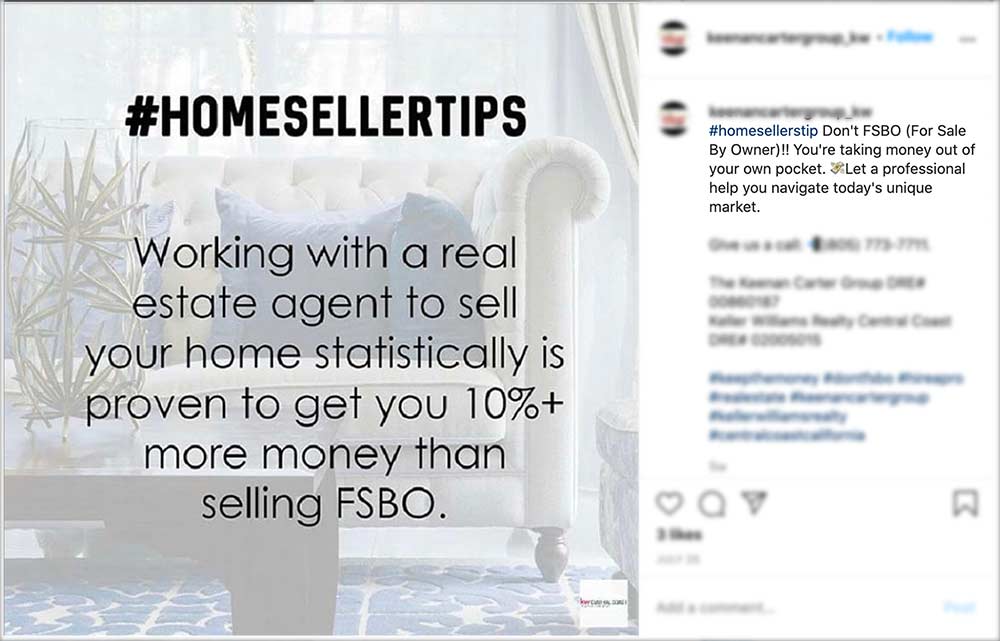 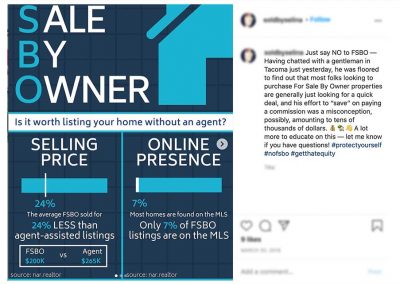 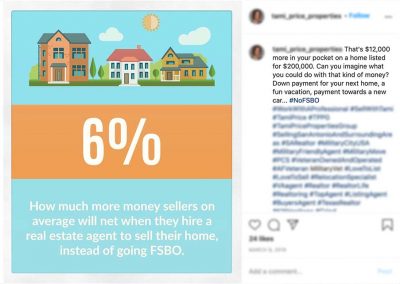 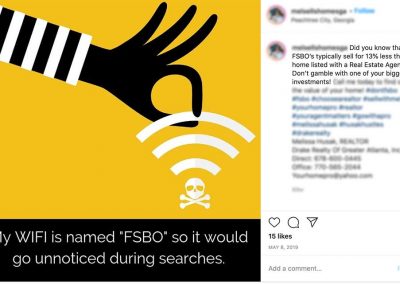 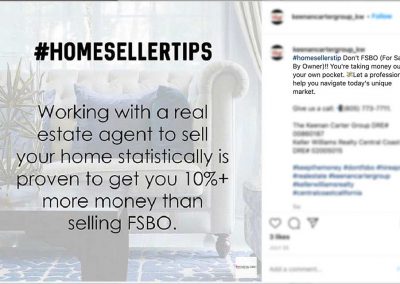 If you quickly browse these posts, you’ll notice something very obvious: The numbers don’t match!

Some agents claim homeowners typically lose 6% by selling FSBO, while others claim 10% or even as much as 24%!

Agents obviously want your business. They don’t want you to list your home FSBO and aren’t shy about it. That’s completely understandable.

But it’s another matter when people resort to manipulation and scare tactics. Many agents will tweet and post all kinds of false statistics about FSBO so that you will contract with them to sell your home instead.

It’s no secret that many Realtors® target FSBO sellers with texts and phone calls. If you just listed your home on Zillow, get ready for it. There are even FSBO cold-calling scripts available in print and online that make the same claims about profit.

Most agents do not intend to be deceptive with the numbers. Many simply recycle information they retrieve from other agents or organizations they are affiliated with.

In his book, The Real Estate Agent’s Guide to FSBOs: Make Big Money Prospecting For Sale By Owner Properties, John Maloof asserts that “sellers go broke selling FSBO.” He devotes an entire chapter to calling FSBO sellers and using questions to take control of the conversation. But a book devoted to increasing sales isn’t exactly a reliable source of information.

In order to determine whether there is any truth to the claim that FSBO homes sell for less, we need to examine real data.

If you take a look, you’ll see a common thread. This claim shared widely in reports, tweets, and posts is usually credited to one source – research by the National Association of Realtors (NAR).

While not exactly a nonpartisan source, the National Association of Realtors does provide annual research related to real estate sales. Let’s look at one primary example from a recent NAR report, 2019 Profile of Home Buyers and Sellers, about such transactions:

FSBOs typically sell for less than the selling price of other homes; FSBO homes sold at a median of $200,000 last year (the same as the year prior), and significantly lower than the median of agent-assisted homes at $280,000.[1]

The median price of FSBO homes is significantly lower—by $80,000.

Brokers, agents, and their marketing companies pick up on this information and relay it to the public, hoping to steer people away from selling their own homes.

It often works. However, there is more to the FSBO versus agent-assisted sales issue than that popular news byte – a lot more.

Let’s look further into some other NAR report figures that cast doubt on the myth that FSBO homes sell for less. The same report includes the following information about FSBO sales in comparison to agent-assisted sales:

This data helps frame the statistics above. Since there are multiple factors involved when it comes to home sales, it’s easy to draw the wrong conclusions.[2]

For example, it would be very misleading to use these figures to assert that agents increase the selling price of homes by an average of $80,000. Or even worse, that selling by owner means you’ll forfeit 28% of your sale. Yet, that’s precisely how many high-profile sites are spinning the data.[3] 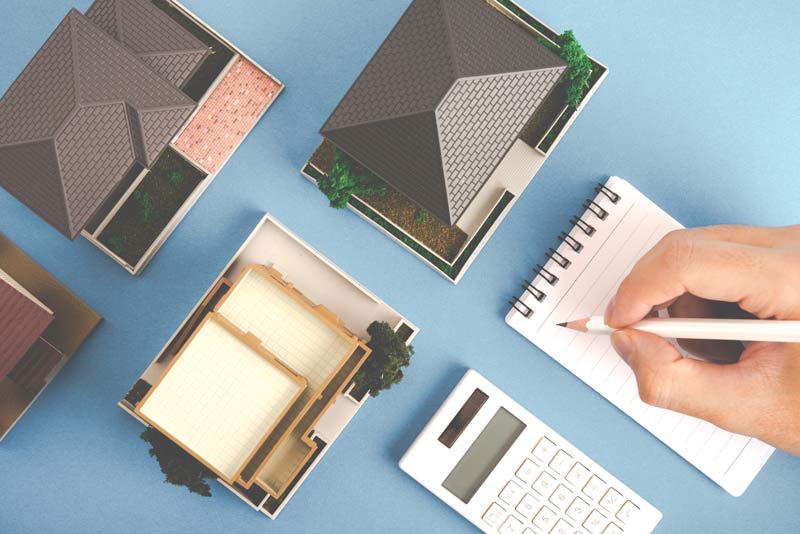 What this information tells us is simply this: On average, FSBO sellers own less expensive homes. It’s not that FSBO homes sold for less because they didn’t use an agent. People who own lower-priced homes—such as manufactured homes, condos, mobile homes, and single-family homes in rural areas—are more likely to choose to sell their homes themselves.

Unfortunately, the NAR research doesn’t compare apples to apples. A fair analysis would include a $280,000 FSBO home and a $280,000 agent-assisted home in the same location.

However, a report by the National Bureau of Economic Research (NBER) does do this critical work.[4]

The NBER report examines FSBO and agent-assisted sales of similar homes in similar neighborhoods in Madison, Wisconsin, over multiple years. The data shows that in 15,606 home sales, there was no price difference between FSBO sales and agent-assisted sales. In comparison, the NAR report includes data from 7,866 sales for all types of homes across the country.

Agent and NAR member John Wake recently wrote an article in Forbes addressing how agents, and even NAR, are misleading the public by failing to draw upon academic research. He observes:

If you’re selling a mobile home that costs as much as a used car, for example, you’re very likely to sell it the way you would sell a used car, directly from you to the buyer with no broker in between. Mobile and manufactured homes are six times more common among FSBO home sales than among agent-assisted home sales.[5]

Another thing to bear in mind when reviewing FSBO stats is that organizations may classify FSBO differently. The standard definition of FSBO is a home sale in which the owner sells it without any representation from a real estate agent. However, in reality, the meaning can be much broader than that.

Does selling FSBO mean no agent involvement whatsoever? Not necessarily. There are many home sellers who did not use an agent themselves but paid a commission to the buyer’s agent.

More importantly, the limited definition leaves out a growing number of homeowners who sold with no agent representation but used a broker to list their home on the MLS (known as Flat-Fee MLS). The NAR research does not include these sellers, thereby skewing the data.

What Agents Aren’t Telling You

NAR conducts a good deal of valuable real estate research, but the organization is not objective when it comes to FSBOs.

It works for its members, and its members are brokers and agents. But to their credit, the study does include some positive data concerning FSBO sales.

According to the same report, we discovered two very pertinent facts. Here’s what agents aren’t telling you.

According to the NAR report, FSBO homes typically sold in less than two weeks in 2019.

If the buyer knew the seller, the transaction often took less than a week. By contrast, agent-assisted sales took a median of three weeks. A 2017 report from Trulia concurs:

“In Los Angeles and Houston, FSBOs are on the market for just over 40 days less than the average agent-listed home.”[6]

This fact should put to rest the myth that FSBOs often must accept lower offers to get their home sold. Again, they outperform agents. According to the report:

FSBO homes not only tend to sell faster, but sellers receive their asking price.

And if owners ultimately turn to a listing agent for assistance, they will not net more—like many agents claim—but, in reality, receive less. However, the chances are good that you won’t see any agent memes with these inconvenient stats.

Now that we’ve set the record straight, you can feel confident that selling a house by owner saves you money. There is no reason to believe that if you do your research, study comps, and price your home competitively for your market that you would get less for it than an agent would. It just doesn’t make sense.

Should you only go FSBO if you own a cheaper home? There are FSBO homes in every price range. A more expensive home means more savings. That’s why Elon Musk chose to sell his multi-million-dollar properties without an agent. And it’s becoming more popular with Millennials and younger generations than ever before.[7]

Today, more than ever, you need to keep the equity you have built in your home by selling on your own. Homepie.com is here to help by taking away all the hassle you’ve heard about FSBO. With our easy online process, you can list your home to interested buyers in your area in less than five minutes. And it’s free to use.

With Homepie, you can chat instantly with interested buyers and negotiate offers while keeping your email and phone number private. And, when you are ready to accept an offer, both parties can electronically sign an instant purchase contract. We also offer live support to help you all the way through closing.

Visit Homepie today to get started – and keep more money from the sale of your home in your pocket. 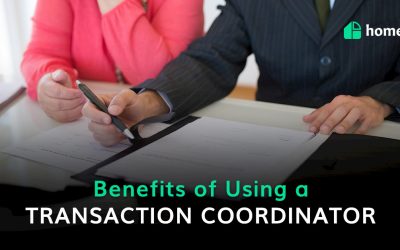 Benefits of Using a Transaction Coordinator

For Sale by Owner, Selling Your Home 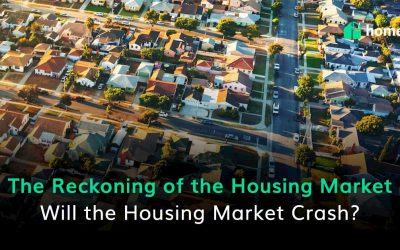 The Reckoning of the Housing Market

Buying a Home, For Sale by Owner, Selling Your Home

The Reckoning of the Housing Market↳ Lending Guidelines↳ Supply, Demand, and Competition↳ Impact of Mortgage Rates on... 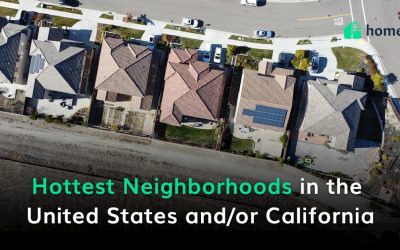 Hottest Neighborhoods in the United States and/or California

For Sale by Owner, Selling Your Home

Hottest Neighborhoods in the United States and/or California↳ Hottest Areas of the 2022 Housing Marketby Homepie |...